How Does Diabetes Affect the Eyes? 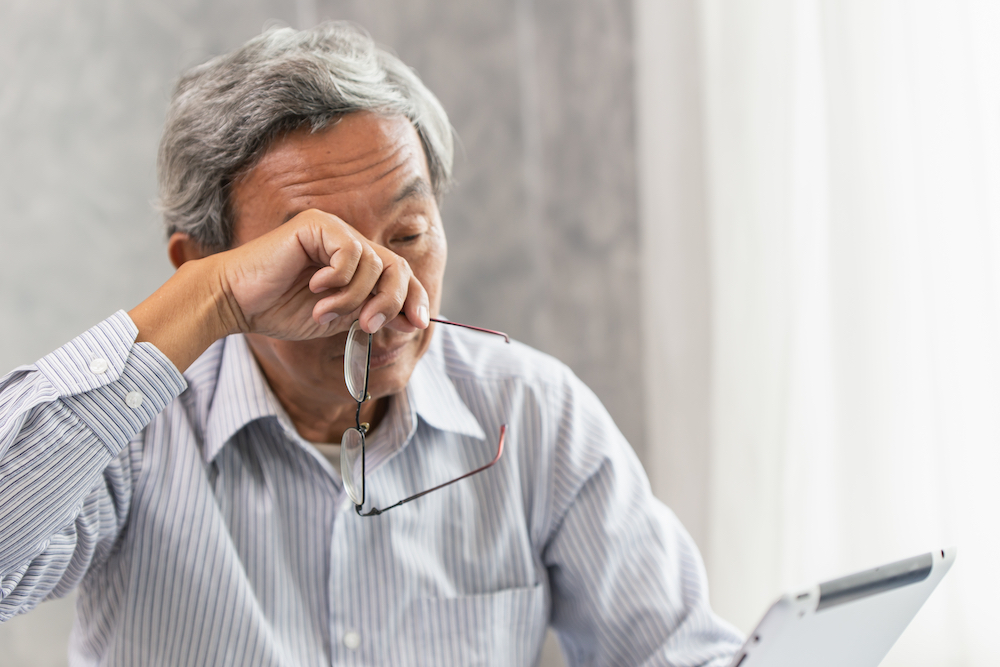 Diabetes is an extremely common condition and is estimated to affect around 34.2 million Americans. Another 88 million U.S. adults are considered to be on the cusp of developing diabetes. This condition occurs when your body isn’t able to control its blood sugar levels. People diagnosed with it need to make dietary changes and/or take medication to keep their blood sugar at a safe level. While diabetes can have many different effects, sufferers are often surprised to learn that it can cause visual complications too.

Here are some of the ways in which diabetes can affect your eyes and vision.

If you suffer from uncontrolled diabetes, over time, persistently high blood sugar levels can cause swelling in the macula. The macula is a part of the retina and is responsible for central vision and fine detail. People who are affected will find that it causes the sharpness of their vision to deteriorate, and this can make activities such as reading, watching television, driving, and even recognizing faces more difficult than before.

Cataracts are most commonly associated with the older generation, but having diabetes also makes you much more likely to suffer from the condition. In fact, you are anywhere from 2 to 5 times more likely to develop cataracts than someone who doesn’t have diabetes.

The primary symptom of cataracts is cloudy patches appearing in your field of vision. These will get progressively worse until your vision is significantly obscured. Many people liken cataracts to looking through a pane of frosted glass. The only treatment for cataracts is to have the clouded lens of the eye removed and replaced with an artificial alternative called an intraocular lens or IOL.

Having diabetes has also been shown to nearly double your risk of developing an eye disease called glaucoma. Glaucoma occurs when there is too much pressure inside the eyes, and this causes damage to the optic nerve, which is responsible for sending messages between the eyes and brain.

The difficulty with glaucoma is that it develops very slowly, usually over a period of months and years. The symptoms also develop slowly, making them hard to detect. In fact, most of the time, glaucoma is detected at routine eye exams rather than as a result of a visit caused by worrying symptoms. The only symptom that may be noticed by patients is a loss of peripheral vision, or if glaucoma develops rapidly and causes significant eye pain.

Persistently high blood sugar levels can cause scarring to form at the very back of your eye. Large amounts of this scarring can cause the tissues to tighten, pulling your retina away from the back of your eye. This is known as retinal detachment and can lead to permanent and irreparable vision loss.

Symptoms of retinal detachment include the sudden appearance of lots of floaters, flashes of light in one or both eyes, blurred vision, and a curtain-like shadow over your field of vision.

Preventing the Visual Complications of Diabetes

Fortunately, it is possible to reduce the risks associated with diabetes and the best way to do this is to get your diabetes firmly under control. Speak to your doctor to make sure that you are taking the right medication at the correct dose and follow a healthy, balanced diet. Maintaining healthy blood pressure and cholesterol can also help reduce your risk of diabetes.

You should also make sure that you attend all diabetic eye screening appointments on time. These are usually provided annually and will be used to make sure that there are no issues affecting your eyes and vision as a result of your diabetes.

If you have any concerns about the effects of diabetes on your eye health and vision, please call Seymour Eye Clinic in Seymour, Indiana at (812) 523-6100 today.

At Seymour Eye Clinic , we provide the highest quality eye care to all our patients. Schedule your appointment today.